Japan is a country that feels worlds away, both physically and culturally. When I first arrived it took a lot of adjusting to be able to pick up the subtle differences. It can be difficult figuring out the sly nuances of a culture, especially when there is a language barrier. As a foreigner the Japanese don’t mind if you make mistakes, as they understand you are still learning. Nevertheless, I’ve compiled five important cultural differences that can help you adjust more easily.

1. How to take the trains without getting in trouble from a Japanese grandmother.

Taking the trains in Japan is an essential part of many people’s day. Millions rely on the uses of trains each day so in order to try and keep things from getting out of hand the way you board the trains are incredibly important. Each subway station has yellow lines indicating where you may line up. The Japanese create two lines on each side of the yellow loading strip and wait until those coming off the train have cleared, and then you may board. In my first week of being in Japan, I had not yet clued in to how to board the trains, and I accidently stood right in front of the departing crowds. A tiny grandmother whacked me with her purse and scolded me for my bad behaviour. I never forgot how to board properly again. 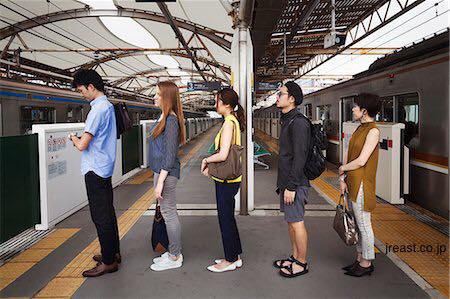 2. Speaking of trains, don’t talk on the phone while you’re on them.
In Canada, you may talk freely on the phone when you ride buses or subways. In Japan this is considered to be very rude. The only time I ever heard someone talk on the phone was late at night. He was an older gentleman, and very drunk. Except for a few hours in the afternoon, Japanese trains are usually almost always packed with people. Many are tired businessmen who use this period of time to try to sneak in a few minutes of shut eye. Because of this the trains can be deathly silent, and talking on the phone would be disturbing to those around you.

3. Taking the escalator? Remember to board on the left!
Another change that might be hard to get used to using the left hand side when using escalators, right hand is strictly for passing only. Expect if you are visiting Osaka, where for no reason at all except maybe to be unique, they use the right. I’m sure I held up many busy people on the escalators before I finally got the hang of things.

4. Listen and engage in your conversations with Japanese people.
If you watch and listen to Japanese conversations and interactions you may be under the impression that the Japanese are always talking over each other. On the contrary, this is how you show you are engaged and listening. It is important to make sounds of interest, repeat what is being said, or keep your head nodding. Without these things, a Japanese person may feel like you’re not really interested. My Japanese friends started teasing me towards the end of my stay for how aggressively I began to head nod when listening to them talk. At least they definitely knew I was interested! 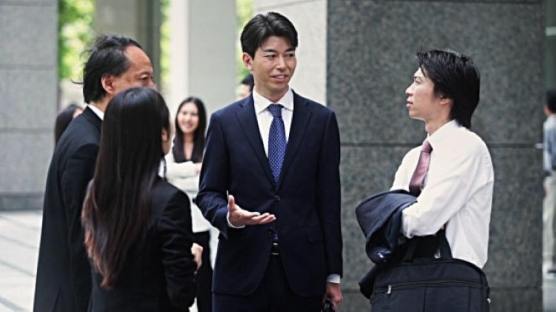 5. Just because it’s a clean country doesn’t mean it’s easy to find garbage cans.
Japan has a serious lack of garbage cans, but is a very clean place. The country is very community minded, so littering is unacceptable, and would be considered offensive to your neighbours and country. Instead most people will hold on to their garbage and bring it home, or dispose of it at a shop with proper garbage bins. I can’t tell you how many times I was stuck carrying a food wrapper, or a Starbucks cup around for hours before I finally found a garbage can. So please be aware that if you want to walk around with your coffee then you might be carrying it around for the rest of the day!

I hope these tips can help you if you’re considering going to Japan, the cultural differences can seem strange at first but over time everything becomes easier! Japan is a country rich in culture, and the opportunities for learning and growing are endless.

This site uses Akismet to reduce spam. Learn how your comment data is processed.

What Are You Waiting For?